The Birds of Christchurch Harbour 2021 – has now been distributed to members. If you haven’t received a copy, please email secretary@chog.org.uk
The publication, which details the ornithological year, as well as a number of other articles, is over 140 pages and contains eight pages of colour photos; and is free to members.
So if you would like to join to receive a copy, as well as making a positive contribution to local conservation – you can do so here: https://www.chog.org.uk/join-chog/ 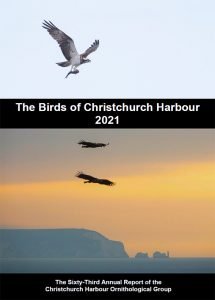 The next In Focus event at the Pod, Stanpit Marsh, is June 4th. If you are interested in buying or renewing your optics, come along and test the possibilities in the field. A small percentage from each sale will be donated to CHOG.

Thursday 2nd June 2022 20:30 – 22:30 (approx)
Town Common, Christchurch
An evening walk hoping to hear and see Nightjars.
For more information and how to book…

PEREGRINE FALCONS BREEDING ON THE PRIORY

We have previously reported that a pair of Peregrine Falcons was attempting to breed on the Priory – the first occasion in modern times in this location.

We can now confirm that the Peregrine eggs have been hatching over the last few days. We do not know how many eggs there are, but a typical clutch size is three or four, with hatching staggered over a period of several days. Most of the brooding and feeding of small young will be done by the female, while the male hunts to bring in the food. 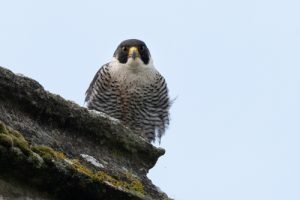 Peregrine on the Priory – Paul Turton

The male bird, which carries a blue ring with the letters VA, was hatched in 2018 on the Bournemouth College clock tower, Lansdowne, and has been frequently recorded around Christchurch ever since.

The nest is not on the tower itself, so the Priory is able to continue its tower tours and fly flags from there. As such, we would like to thank the staff at the Priory for their sensitivity and understanding as we worked with them to determine if breeding was actually taking place and to locate the actual nest site.

If you do go and take a look – the north-facing side of the tower is the best place to check-out – please do respect the grounds of the Priory and any events taking place there, however.

We will post further updates as soon as we establish them. CHOG members can follow the pair’s progress in a Photo Diary on CHOG Online. Date of posting of second instalment: Tuesday May 24th. 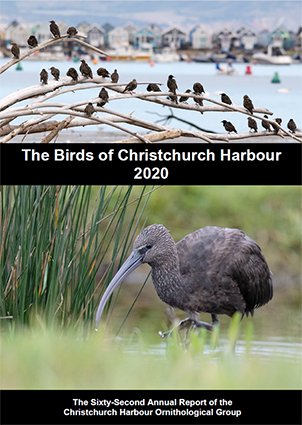 Also, back issues from previous years and other goodies.

Also, back issues from previous years and other goodies.